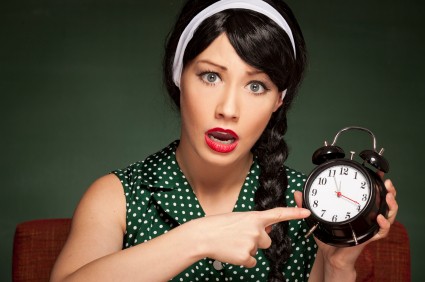 It’s no secret that many travelers have come to the good old US of A, and left rather confused by a number of our customs and traditions. From the way we pay our taxes to the sheer amount of drive-throughs located up and down the country (apparently this has been voted one of the most noticeable things about American culture!) and many more. But it works both ways too. How many times have you packed your bags and gone abroad only to scratch your head in disbelief at some of the traditions in other countries? Let’s take a look at 13 Weird Everyday Things From Other Countries that are perfectly normal abroad but completely baffling to us…

13. There’s no tooth fairy in Greece

Nope, no tooth fairy and therefore no money under the pillow. Instead, children are encouraged to toss their tooth onto the roof in exchange for a lifetime of strong teeth and good health. We’d take that over a nickel under our pillow any day!

12. Being late is encouraged in Chile

If you’re always running “fashionably late”, may we suggest moving to Chile? It’s considered rude to arrive early or even on time to social gatherings, as you could catch the host unprepared and therefore embarrass them. And you wouldn’t want that, would you?

If you want to take a leaf out of your favorite celebrity’s book and give your child a unique and unusual name, then don’t move to Denmark! New parents have to pick their baby names from a government-approved list of 7,000 names. This is apparently to stop them from being ridiculed in later life. What would Kim Kardashian have named her children if she lived in Denmark, we wonder…

10. Beware of yellow flowers in Russia

Bad news for all sunflower and yellow tulip lovers. Apparently receiving yellow flowers is a sign of sadness and deceit in Russia, so if you ever find yourself in the country, embark on a whirlwind romance with a Russian native and some yellow flowers suddenly arrive at your door, it’s time to ask some serious questions!

9. Never ask for salt in Egypt

This is a key rule to follow if you’re in a restaurant or someone’s house in Egypt. Asking for salt to season your food is a big no no, as the chef or host will be offended and immediately think you don’t find their food tasty. Ouch!

This has the potential to land you in serious trouble, or at the very least, spark a lot of confusion. Shaking your head left and right actually means yes, instead of no. Maybe it’s best to warm up those vocal chords and leave the head movements to the locals…

Costa Rican plumbing isn’t quite on the same level as ours. By all means flush the toilet after you do your business, but make sure the toilet paper goes in the trash can and not down the toilet otherwise you could find yourself guilty of a serious flooding problem. Yikes!

There are many cultural differences between America and Canada, but the one which puzzled us the most was how normal bagged milk seemed to be. Yep, milk in a bag. Not a bottle or a carton; a bag! Let’s move on…

5. Chewing gum is illegal in Singapore

If you’ve ever been to Singapore, the first thing you’ll notice is how clean it is. And as much as it pains us gum-lovers to say, we think the abolition of chewing gum plays a big part in that. Would you be willing to give up gum for cleaner sidewalks? We’ll have to seriously think that one through…

We can’t imagine Britons have the same fear and insurance woes as we do when they break an arm, because their healthcare is completely free! There are a few exceptions, obviously, and private treatment is also available, but we think that’s a pretty cool thing to have!

3. And the luxurious German taxis

Ok this isn’t really a weird custom, it’s just one which we have clearly noticed and are definitely quite jealous about. In Germany, i.e. the birthplace of some of the most luxurious cars in the world, most cab drivers are cruising around the country in Mercedes Benz or BMW cars.

This isn’t because Koreans are rude and aren’t pleased to meet you, it’s simply because it’s custom to bow rather than shake hands. Certainly more hygienic, isn’t it? We wouldn’t need half as much anti-bac if we lived in Korea, that’s for sure!

This has to be one of the strangest things we’ve heard, but in China, potty training actually takes place in public in the streets. Maybe this is why Chinese families are only allowed one baby…

1- 10 Surprising Home Remedies To Get Rid of Acne 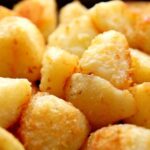