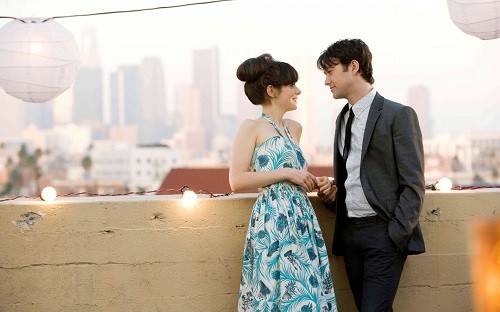 Hottie Joseph Gordon-Levitt plays a holiday card writer, Tom, who is thrown for a loop when, Summer, his girlfriend (played by Zooey Deschanel) dumps him 500 days after they started their relationship. While jumping back and forth between plot points in this non-linear romantic comedy, Joseph Gordon-Levitt broods, ponders, and reminisces about his relationship with Summer. This thoughtful comedy-drama is a must-see.

Who doesn’t love seeing Hugh Jackman shirtless in nearly every role he has taken? Meg Ryan portrays a strained, uptight businesswoman who relentlessly fights to conquer the corporate world. Opposite, Hugh Jackman plays Leopold, the Duke of Albany with no marriage prospects. A rip in the fabric of time sends Leopold several hundred years to modern-day New York. Through several racy adventures, Meg Ryan decides to stay with Leopold in his time.

Taye Diggs, known for his wonderful voice and beautiful body, is the main character Dre waist-deep in his Hip-Hop executive career for a top music label. His childhood friend Sidney (Sanaa Lathan) is a famous music critic known for her reviews of critically acclaimed albums. While Dre is preparing for his marriage to his fiance, he finds his feelings for Sidney rekindled and he questions his engagement. This film serves up great music and a heartwarming story of childhood love.

Self-proclaimed “World’s Greatest Lover”, Don Juan DeMarco is portrayed by the hauntingly handsome Johnny Depp.  While he seems to have an unnatural animal magnetism with the opposite sex, a psychiatrist played by Marlon Brando sets out to cure the delusional Romeo of his affliction. While interviewing Don Juan, Marlon Brando’s character, Dr. Mickler is inspired to resuscitate his failing marriage.

Kate Hudson plays the opposite of smoking Matthew McConaughey in How to Lose a Guy in 10 Days. Kate embodies Andie Anderson, an advice columnist who writes to young love-lost women in search of answers to their romantic problems. Looking to write her greatest article ever, Andie plans to lose a man in ten days but needs to test her new list on an unsuspecting man. In comes Matthew to sweep her off her feet.

In a wild ride of love, romance, and comedy, Crazy, Stupid Love stars Ryan Gosling, a womanizing pickup artist who attempts to help Cal Weaver (Steve Carell)  who is struggling with his divorce.  Ryan Gosling is another hunky Hollywood actor who shows his stuff in some of the funniest scenes in the movie. Jacob Palmer, Ryan Gosling’s character, finds himself disillusioned with his pick-up techniques as he falls in love with a law student by the name of Hannah, who initially rejects his advances. This movie is great for those who want to believe that love can be romantic and hilarious at the same time.

Sandra Bullock is a single transit worker, Lucy Moderatz, who saves the life of her crush, Peter from an oncoming train. Played by Peter Gallagher (who was quite the heartthrob in the early nineties), Peter is stuck in a coma. Lucy decides that it is best that she informs his family, who confuses her for his fiancé, however, Lucy doesn’t correct their mistake. Her actions turn for the unexpected when Lucy finds herself falling in love with Peter’s nerdy brother Jack (played by Bill Pullman).

Anyone who has seen this movie knows that rapper Common is one of the hottest guys in Hollywood. In Just Wright, he plays a basketball wizard by the name of Scott McKnight. When he is severely injured during one of his games, Scott is forced to take time off his basketball career to recover. His physical therapist (played by Queen Latifah), falls for him early on while his romantic attentions are somewhere else. While they dance around the topic of love, there are some genuinely funny scenes in this film.

Who is about to appear on this list twice? Matthew McConaughey started his career in romantic comedies! But, we aren’t complaining because why wouldn’t we want to see him on screen? Jennifer Lopez is a respected wedding planner who just booked her biggest gig. Little did she know her rescuer from a near-fatal crash with a dumpster would make her choose between her love life and her career.

Heath Ledger started his career in a few romantic comedies! 10 Things I Hate About You is no exception. In 10 Things I Hate About You, Heath Ledger’s characters, Patrick, and Kat are set up to date by Kat’s younger sister. However, their romance starts off with mutual hate. While we do mourn his absence in the modern Hollywood scene, we can always revisit this time in his career as the love interest of Kat Stratford (Julia Stiles) in this well-written film on young love. 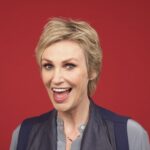