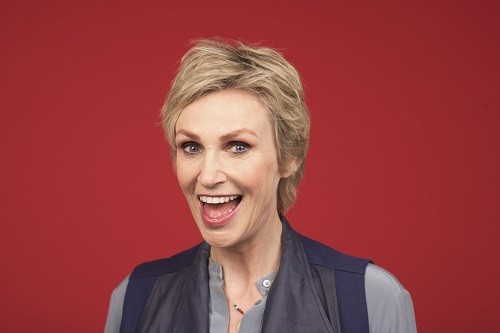 It’s no wonder why many celebrities choose to remain in the proverbial closet. Admitting you’re in a same-sex relationship in Hollywood can be career suicide. Producers have been known to publicly criticize gay actors, while directors have effectively ostracized them. Yet, with nosy tabloids and pestering paparazzi, celebrities can’t keep their sexuality a secret for long. Here are the top 15 celebrities you didn’t know were gay.

Rumors have been flying about John Travolta’s sexuality for years. Our Danny Zucco dream was shattered when Travolta’s ex-assistant exposed a six-year affair with a male pilot earlier this year. Although friends like Kirstie Alley deny Travolta’s tryst, a recent lawsuit has emerged filed by the same male ex-lover. These allegations are cooling off our “Saturday Night Fever” for John Travolta!

As one of the film industry’s brightest stars, Cary Grant was the center of many Hollywood scandals. His most controversial one included a romance between him and Randolph Scott, a fellow heartthrob actor. Since his alleged relationship with Scott, the British-American actor tied the knot with 5 different women and eventually died while married to Barbara Harris, a British hotel public relations agent who was 47 years his junior.

Matt Bomer has been honest about his homosexuality since becoming a prominent television star. He landed his first major acting role as the lead on USA’s “White Collar”, but gained major attention, along with a Golden Globe Award and Emmy nomination, with his role in HBO’s “The Normal Heart”. He’s currently married to publicist Simon Halls; the happy couple has three children.

Sarah Paulson has been getting a lot of attention lately. The American actress started her career on stage, moved to film, and finally landed on the television screen. She’s best known for her work on all five seasons of “American Horror Story” and most recently, for playing Marcia Clark in “The People v. O.J. Simpson”. After dating fellow actress Cherry Jones, Paulson came out and admitted that her sexuality was fluid.

Wentworth Miller spent the majority of his acting career denying his sexuality. But, in 2013, he came out by penning a letter bashing Russia’s LGBT Propaganda Law after being invited to a film festival in Saint Petersburg. The “Prison Break” star broke out of the proverbial closet and now leads an openly gay life.

Although Anna Paquin is happily married to “True Blood” co-star Stephen Moyer, she proudly proclaims to be bisexual. She came out in a public service announcement for Cyndi Lauper’s True Colours Fund, an advocacy group dedicated to LGBT equality. The Canadian-born New Zealand actress was made famous by her Oscar-winning role in “The Piano” and her superheroic portrayal as Rogue in “X-Men”.

If you’ve ever seen NBC’s “The Biggest Loser”, you know who tough-as-nails personal trainer Jillian Michaels is. But did you know she’s a proud lesbian too? Before coming out in her twenties, she identified as bisexual to her family and friends. When she’s not filming her new series “Just Jillian”, she’s spending quality family time with her fiance and two children.

The New York Times claims Anderson Cooper is “the most prominent openly gay journalist on American television.” In 2012, Cooper allowed a friend to publish an email he authored that admitted he was not only gay but has always been gay and not ashamed of it. Despite coming out, he remains a juggernaut journalist, television personality, and CNN news anchor host.

Sir Ian McKellen is not only considered English royalty, but he’s also a critically-acclaimed gay actor. His work spans genres and decades, from stage to screen. He’s most well-known as Gandalf in “The Lord of the Rings” and “The Hobbit” trilogies but earned major kudos for his Magneto in several X-Men films. He’s led a gay life since the early ’60s and has had multiple partners.

Many moviegoers don’t know that action star Michelle Rodriguez is bisexual. Although she received critical acclaim for her 2000 role in “Girlfight”, she was thrust into the international spotlight with “The Fast and the Furious” franchise debuting a year later. She’s been linked to several co-stars, including Vin Diesel, but told Cosmopolitan in 2006 she had experimented with both sexes. Guess Rodriguez isn’t saving all her action for the big screen. Winky face.

Meredith Baxter didn’t come out until well after her quintessential roles in “Family” and “Family Ties”. The five-time Emmy-nominated actress came out in 2009 during an interview with Matt Lauer. Before that, she had been married and divorced three times by men. Baxter now is happily married to the general contractor, Nancy Locke.

Victor Garber has been acting since the ’70s but only recently announced his homosexuality publicly. He claims he never denied being gay, and only wanted to keep his private life out of the tabloids. Garber married his long-term boyfriend in 2015. The Canadian actor is best known for his role as Jack Bristow in “Alias” and Thomas Andrews in James Cameron’s “Titanic”.

Previously on Glee: Sue Sylvester is a lesbian! Jane Lynch is a distinguished actress, singer, and comedian, who has notable roles in mainstream comedies including “Talladega Nights: The Ballad of Ricky Bobby”, “The 40-Year-Old Virgin”, and “Role Models”. Although Lynch married renowned psychologist, Lara Embry, they divorced in 2014.

Arguably our most controversial and shocking name on this list, Eleanor Roosevelt was gay. The former first lady developed a romantic relationship with reporter Lorena Hickok during the last months of her husband’s presidential campaign. She’d write long letters daily to “Hick” and profess her love for the female reporter. Although the relationship didn’t last, the lesbian affair proved that even the most prominent and respected figures in society might be harboring the biggest secrets. 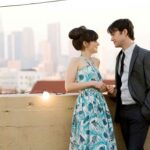 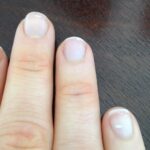